The Valais Film Commission was born out of an idea jointly developed by the Valais association of audiovisual professionals (Valais Films), Valais/Wallis Promotion and the State of Valais. Its role will be to facilitate film production in the canton and thus secure direct and indirect economic benefits. In addition, it will boost the canton’s image and help develop local film-making skills to create an industry.

A first for Switzerland

The Valais Film Commission was launched at the last film festival in Locarno. It offers a facilitation service for film crews and, for the first time in Switzerland, an economic incentive in the form of a cash rebate. The commission is the only organisation of its kind in Switzerland.

The Valais Film Commission has set up the necessary legal and administrative tools and has compiled a list of filming locations in Valais. It can now provide logistical, administrative and artistic support to film crews. “For example, it can help them with location scouting, negotiating with authorities or offering technical and artistic support”, says Tristan Albrecht. In addition, the commission will reimburse between 15% and 35% of certain expenses incurred in Valais, in particular for feature-length fiction and animation productions and for series. The commission can also provide financial support for the production of documentaries, reality TV programmes and short films with sums of 30,000, 20,000 or 10,000 Swiss francs. 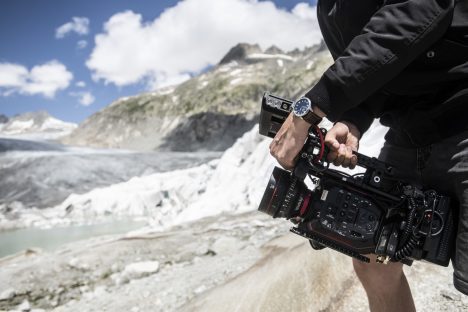 A tool for economic development

This system of incentives, funded by the Swiss Confederation and the Valais cantonal departments responsible for culture and the economy, not only makes it possible to manage requests from producers, but also to generate economic benefits from films shot in Valais.

When a region hosts a film shoot, the actors, staff and technicians use the local infrastructure and services, which generates economic activity. According to Tristan Albrecht, “The productions will prefer to use Valaisan suppliers because local costs will be partially reimbursed. Not only will local companies benefit, but new companies will also be created because they see a gap in the market for themselves.”

The Film Commissioner identifies trades such as hairdresser, make-up artist or carpenter as trades that are readily available for deployment in film productions in Valais. However, writers, editors and technicians are far less common in the canton. He explains that people who are interested in these professions often have to move abroad in order to pursue them. Nevertheless, local expertise in administration, finance and theatre can be easily transferred to the film industry.

With this in mind, the Valais Film Commission also wants to make the school sector, the cantonal government and the population more aware of the wide range of professions that exist in the film industry. It wants to show that professions closely or distantly related to the film industry may be in demand in Valais in the future and that Valais is a place where these careers can develop. Internships will also be offered in upcoming productions in Valais to encourage young people to discover the world of cinema and the professions associated with it. This is a valuable opportunity to develop skills in this area.

A new centre dedicated to cinematography by 2023

The “transformation project” in the south of the city of Sion will be completed by October 2023. It includes two studios that will be used as interior sets. This collaboration between Le Port-franc and the Théâtre Alizé, together with the carpentry and lighting companies in the area, will create a centre that is dedicated to promoting cinematography and audiovisual technology in Valais. Tristan Albrecht concludes: “This dynamic collaboration will help create and sustain jobs.”

In the same domain

Eversys to equip Starbucks with its “made in Valais” coffee machines

Thanks to a partnership with Starbucks, coffee machine company Eversys could triple its production by 2026….
Find out more

Renewable fuel to be produced on the Monthey chemical site

The first fuel production plant in Switzerland to use renewable raw materials should be built in Monthey in 2024….
Find out more

In collaboration with Limula, Valais-based CEIDOS has received a grant of EUR 1.14 million from Eurostars to develop a platform dedicated to the automated…
Find out more

By continuing to browse this site, you agree to the use of cookies to deliver personalized content. See our Data protection charter to learn more.AcceptDecline